Have you already started to notice that store shelves are getting increasingly emptier? Have you realized that some basic items have become impossible to find? If so, you’re definitely not alone. All across America, consumers are having to deal with shortages of food staples and a series of other everyday items as the supply chains crisis is only getting worse. At this point, it seems that we can only hope for things not to escalate any further, otherwise, we might see people fighting over a can of beans and a pack of toilet paper just as we seen during the waves of panic-buying last year.
But, sadly, the truth is that global supply chains are now under more strain than ever before, and industry executives have been warning in recent days that consumers haven’t yet seen the worst of this crisis. In the coming holiday season, things may get much more complicated. Even though people are trying to keep a positive mindset that things will eventually get better, many events are unfolding all over the world right now that are likely to dramatically aggravate supply chain problems, and result in shipping delays and even more shortages.
At this point, several local news outlets are already reporting massive shortages in their local areas, although the mainstream media hasn’t covered the national shortages that are happening everywhere in the country just yet. Whether they are trying not to spread panic and unleash a panic-buying frenzy again or they are deliberately choosing not to tell people the truth, the reality is that many people can’t find some of their favorite and essential items since the health crisis started.
All across the country, the shortage of workers is making it harder for retailers to unload containers, transport their products and restock their shelves so that customers can find what they want and need. Therefore, there’s no end in sight for the current shortages, particularly because the Delta variant has been spreading across Asian ports, which are key to global trade. In China, after one worker was detected with the virus, authorities decided to shut down one of the busiest port terminals in the entire world “indefinitely”.
Meanwhile, another major factor supply chains are having to deal with is a historic global shipping container shortage. The demand for shipping containers is outstripping the supply by such a great scale that global shipping container rates soared to levels we have never seen before. In the US, companies are paying up to $32,000 for a single container coming from China. And once those containers arrive on our coast and get delivered at ports, there aren’t enough port workers to unload them all. For that reason, it’s been taking months for products that are made in China to get to our stores. And some of them may never arrive at all. That’s the case of any product that might contain a computer chip.
Now that the holiday season is right at the corner, due to the series of supply chain bottlenecks, many in the retail industry are anticipating complete and utter chaos. In a recent study conducted by Reuters, nearly a dozen suppliers and retailers of everything from toys to computer equipment in the United States and Europe were surveyed. They found that all of the companies expect “weeks-long delays in holiday inventory due to shipping bottlenecks, including a global container shortage and the recent outbreak-related closure of the southern Chinese port of Yantian, which serves manufacturers near Shenzhen”.
Even if nothing else goes wrong, it could take years for supply chains to normalize, and considering how fast things are changing, another devastating crisis can suddenly erupt and take us back to square one. As inventory levels continue to go down, prices are going up to compensate. However, several economists are becoming increasingly more alarmed as the price hikes have hit food staples all over the world.
Unrest is something that always follows when acute food price hikes happen, and in face of the growing social tensions we’ve been witnessing all over the globe, this sustained increase in prices for basic staples is making some governments extremely nervous, including America’s. Despite insisting that all of this will be “transitory”, consumers have started to realize that our leaders’ concept of “transitory” is actually translated into years of high inflation and economic pain for millions of people. When the masses become aware of the fact that most politicians in Washington and policymakers with the Federal Reserve don’t seem to know what they’re doing, this country will start to see some definitive changes.”

SCHUMER: Dems To Shove Through Mass Amnesty For Illegals With “Alternative” Move

Have you heard of ShadowDragon? It has heard of you!

United States of Venezuela: How to Prepare for the Economic Collapse | Glenn TV | Ep 138 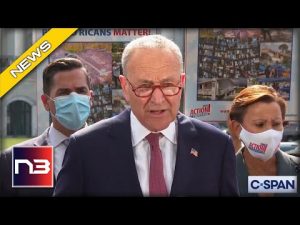 SCHUMER: Dems To Shove Through Mass Amnesty For Illegals With “Alternative” Move 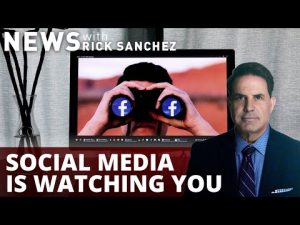 Have you heard of ShadowDragon? It has heard of you! 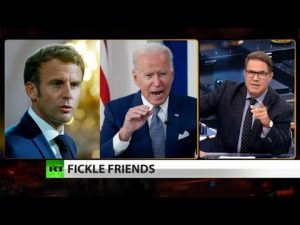