All Over America, An Unprecedented Shortage Of Workers Is Forcing Businesses To Shut Down

In every corner of America, businesses are deeply struggling to find enough workers and resume normal operations. In the entire history of the United States, we have never seen such a persistent shortage of labor. With each passing day, more disruptions caused by this nationwide staffing shortfall are being reported. Most employers say that they have never experienced anything like this before. In fact, not very long ago, we had a chronic unemployment problem that stretched back for decades. Economists used to insist that our economy would never be able to generate enough jobs for everyone, but that turned out to be wrong. There are currently more than 10 million open positions all around the nation, and employers are scrambling to attract people back to the workforce.
According to the Bureau of Labor Statistics, 4.5 million Americans voluntarily left their jobs in November, which has pushed the quits rate to 3%, matching the high from September. The report also highlighted that workers in the hospitality industry had the highest quits rate, at 6.1%, and those in health care, transportation, warehouse, and utilities came just behind. “Workers continued to quit their jobs at a historic rate. The low-wage sectors directly impacted by the [health crisis] continued to be the source of much of the elevated quitting,” explained Nick Bunker, the director of research at the Indeed Hiring Lab. Industry analysts expect this dynamic to persist during the whole year of 2022, especially considering the new wave of virus cases.
In recent months, the conditions in the labor market have become so critical that businesses closures related to severe staffing losses are being reported on an almost daily basis, with small businesses being particularly hard hit. Zoe Olson, the executive director of the Nebraska Restaurant Association, notes that the problem is a confluence of many factors: from workers’ health concerns to lack of child care amid the gathering restrictions, just to name a few. “It’s a perfect storm,” Olson said. And it’s affecting all sectors of the economy — not only restaurants — from suppliers to truck drivers, he added.
At this stage of the crisis, even some of the biggest corporations in the country can’t find enough workers. Last month, many consumers were shocked to learn that Apple has closed every single one of their stores in New York. All around the nation, public-facing businesses are going through yet another wave of shutdowns as employers quit their jobs amid the worsening health crisis. What’s even more worrying is that there are other institutions where a lack of workers can literally put the lives of thousands of people in danger. Right now, hospitals are severily struggling with a critical staff shortage, and many facilities had to permanently or temporarily halt some services.
With the number of available workers drastically reduced, many businesses are starting to come up with very creative alternatives to stay afloat. For instance, in California, some hotels are now utilizing robots. As the hospitality industry faces mounting pressure to provide attentive service, in Silicon Valley, robots are filling the gap left by workers. Even though that may sound strange, industry executives say that this is where things are headed now. And there are many advantages to using robots for everyday services. According to Cousins, the robot only needs to be trained once to be able to navigate the lobby and hallways, and it is even adapted to call for an elevator and press the destination floor. This trend is just the beginning. One CNN report estimated that by 2030, robots could have taken over 20 million manufacturing jobs around the world.
Perhaps that has been the plan of the elites all along. Unfortunately, when the economy starts sliding and people try to come back to these jobs, they won’t be there anymore. Our world is rapidly becoming an extremely bizarre place, and it is safe to say that things will soon become even weirder. Those who are still waiting for things to come back to normal can stop waiting because it simply is not going to happen. As technology advances, our society will continue to be transformed at a breathtaking pace, and we must be ready to face a different world as global events accelerate even further as we hurtle through the early stages of 2022.

Murder in the Capital: Homicide cases have gotten harder since anti-police movement

Novak Djokovic deported over vaccine mandate ahead of Australian Open 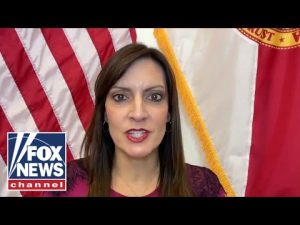 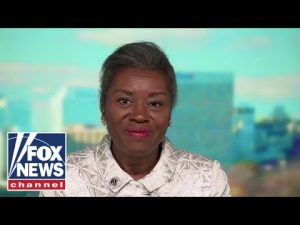 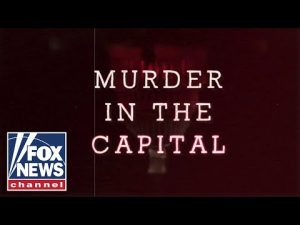 Murder in the Capital: Homicide cases have gotten harder since anti-police movement