Wall Street’s top investors are bracing for the biggest stock market crash of our lifetime, with the tech bubble burst leading the meltdown that will start over the next few weeks. The stage is set for an epic financial disaster, and after the explosion, we will be headed to the worst economic depression we’ve ever faced in the history of the United States. That’s what one of the most successful investors and market strategists of modern times is telling us. Harry Dent, the founder of HS Dent Investment Management, is warning that we’re about to enter some exceedingly difficult times, but most people don’t even know what’s truly going on.
As Dent noted, “You can blow up a balloon only so far, and then it pops”. The government tried to keep this bubble going no matter how ridiculous it is, he says, but this time around, “additional stimulus won’t help. Enough is more than enough.” In a recent interview, Dent asserted that 21% of all US companies are “barely limping along” and are doomed to bankruptcy in the recession he sees occurring shortly after the crash. “We’ll have the biggest recession, or a depression, of our lives” next year and “the economy isn’t going to get strong again until 2024,” the investor alerted. Now, he’s saying that “stocks are on their last legs,” reaffirming that the market will face an 80 percent catastrophic drop.
First, it will crash by around 50 percent, he argues, the remaining 30 will come as investors start to feel the impact of rising interest rates. The most critical problem we face now is that the market bubble is expanding at the same time the economy is rapidly slowing. He is not alone in this forecast. In recent weeks, even Bank of America strategists said that investors are overestimating earnings growth. In fact, the bank said that speculation is far higher today than during the dot-com bubble, and that’s stting up the market to a 25 to 50 percent correction as investors dismiss the bigger picture: the Fed starts tapering its bond purchasing program soon and that will be the pin to pop this gigantic bubble.
On the same note, the founder and partner of Oxbow Advisors, Ted Oakley said in an interview with Kitco News that the greatest threat facing investors today is the unsustainable stock market valuations that are about to revert. If we take a look at the standard deviations of valuations relative to where the market is, it is clear that stock pricter of time, and it shouldn’t come as a surprise when it happens, because anyone with basic common sense can see it coming. The expert also highlights that this is an “everything, speculative” bubble, and the higher risks are in the stock market, but real estate and equity aren’t immune.
The market is peaking and it will only take a single shock to reverse this trend and trigger a sharp sell-off. The odds of a meltdown are increasing by the day, whether people believe it or not. There’s a famous Warren Buffett quote for times like these: “Be fearful when others are greedy, and greedy when others are fearful.” Needless to say that today stocks are extremely overbought because of greediness. Investor euphoria has gotten out of control and rampant speculation is heightening the risk of disappointment. Lance Roberts, the Chief Investment Strategist at Real Investment Advice told Business Insider that the market is being pushed to the limit and nothing good will come out of this market mania.
“Over the last month, investors pushed the stock market to extremely overbought, extended, and deviated levels. Currently, the deviation from the long-term bullish monthly moving average is at the most extreme since 1997,” Roberts said. “Furthermore, the stock market is now highly overbought, which has typically preceded more significant market corrections.”
In short, there’s essentially no way around it. Just about every economic recession and market meltdown America has ever faced has been sparked by rising interest rates. Whenever interest rates rise more than 2 percent, a downturn follows and the coming downturn is going to be the greatest in history due to the extraordinary magnitude of this bubble. At this point, everyone can see that a stock market crash is coming. Everyone is already expecting it. And considering the series of warnings making the headlines over the past few weeks, that shouldn’t come as a surprise for you either. Get ready for the worst while you still can. 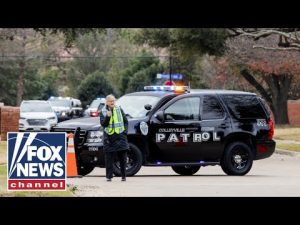 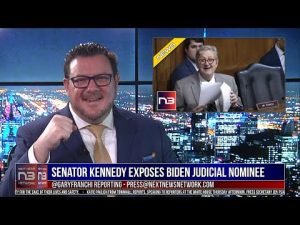 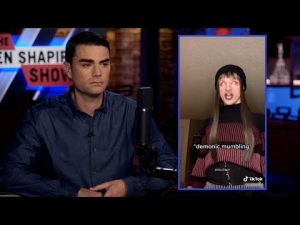